“Liberation is a praxis : the action and reflection of men and women upon their world in order to transform it.”

– Paulo Freire (Pedagogy of the Oppressed)

Praxis can be as simple as listening and looking. Don’t just walk past people who want to speak to you, listen to them…they have stories to tell. Here, many have difficult stories, but they need people to hear them.

To examples from an hour in Bethlehem. 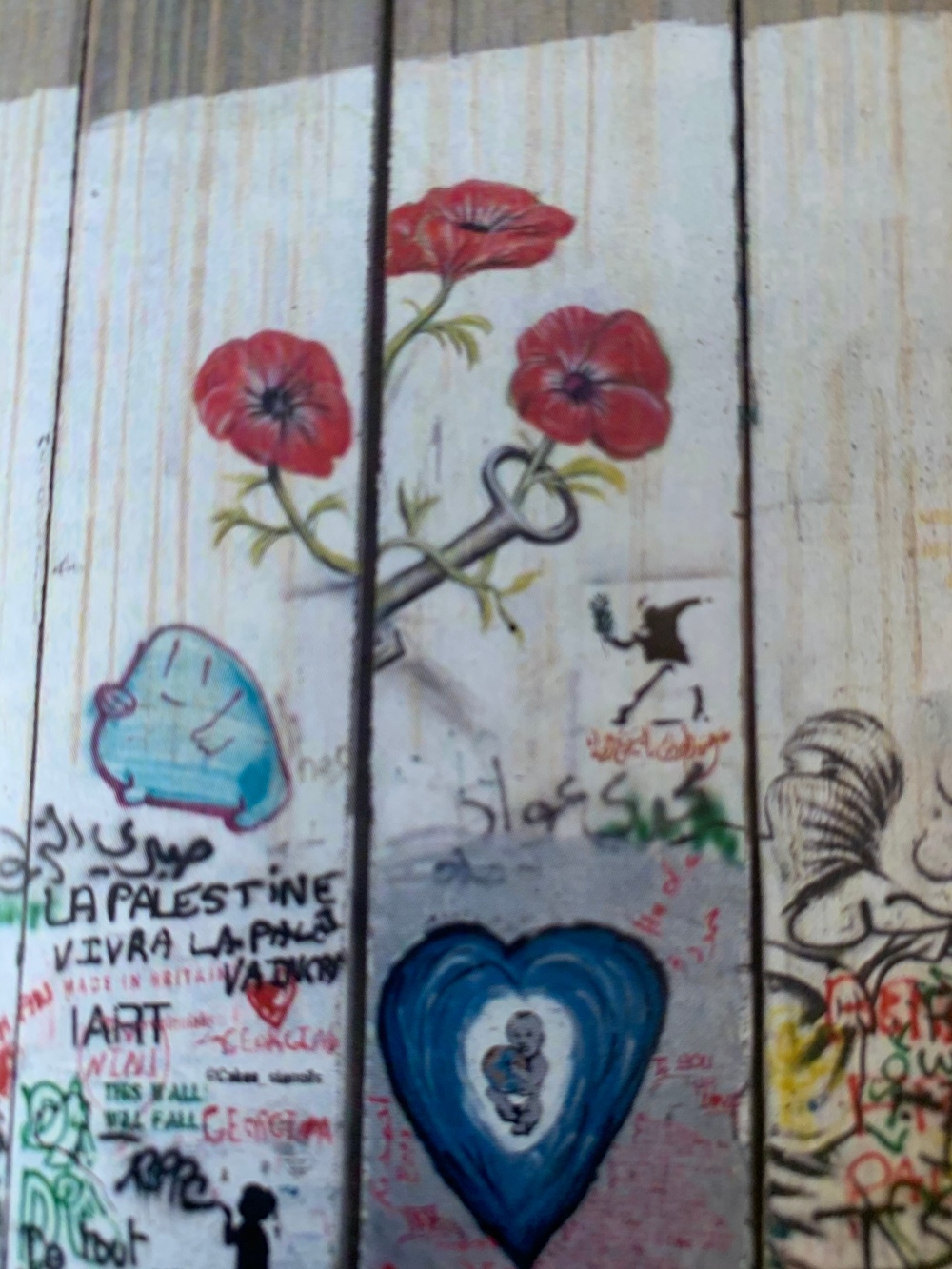 1. This juice seller stopped and asked where I was from (admittedly he was trying to sell me juice or water which were welcome in the heat) but we got talking, he showed me his art on the wall (the red flowers), and he told me he had only ‘been back’ for 5 months. When I asked him where he’d been he said ‘prison, 6 years administrative’. Administrative detention is used by the occupying Israeli forces to hold Palestinians indefinitely without charge while they try to find a reason to imprison them. On release from prison, he could no longer support his family as he used to because he worked in Israel and is now banned from obtaining a permit to cross the checkpoint, so he now relies on the passing trade buying juices and trinkets.

2. Whilst walking past Wi”am – a Conflict Resolution Centre up against the wall – I spoke to a group of young people who were taking part in the Summer Camp. All of them happy, smiling, and trying out their English as I tried out my Arabic (they were much better!). One little lad seemed like the happiest and most outgoing of them all, but when I spoke to his big sister I found out the real story. She told me ‘things like this are the only times he is happy, all the time he is sad’ it turned out that he is the youngest of three and their middle brother (11 years old) was arrested by occupation Israeli forces 6 months ago in a night raid on suspicion of throwing stones. He is now home, but a completely different child and no longer plays with his brother which makes him sad. His little brother is terrified that his big brother or himself will be arrested again and doesn’t sleep.

So next time someone stops you and asks you something, or even says hello. Especially if you are here in Palestine and Israel. Stop, take the time, talk to them and find out their story. Then tell others that story and find a way to act rather than just walk past.